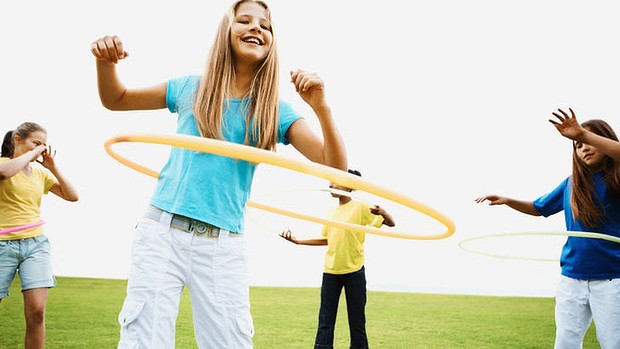 We have discussed before that the adult physiotherapy literature has clearly defined the inner Core as the respiratory diaphragm, transversus abdominis (TA), pelvic floor (PF) and multifidus. These four muscles have unique properties that integrate their function as the centre piece of anticipatory postural control. This subject has been researched extensively in the adult literature, but has just begun to be addressed in paediatric research.

The physiological relationship between the four components of the inner Core unit led us to develop an intervention approach that utilizes diaphragm as the gateway to anticipatory engagement of all four Core components (“Dynamic Core for Kids”). The optimum position for diaphragm recruitment and subsequently the other components of the Core is neutral pelvis and rib cage.

We initially accomplished this for MD by teaching proper diaphragm engagement before he began transitional movements; the phrase “blow before you go” was an important verbal cue. Critical to his ability to fully utilize his diaphragm was to create neutral ribcage and pelvis position through the use of pillows in supine and wedges in sitting. As anticipatory Core engagement improved, treatment progressed from the inside-out. This is defined as activities that paired anticipatory Core engagement with postural synergists, the muscles that accomplish postural stability, rotation and functional movement. This resulted in MD achieving and maintaining more neutral postures, stabilized by the Core, independent of external support. A postural seating support (wedge) continued to be utilized to maintain proper alignment and build endurance during home and school activities that required prolonged positioning.

Treatment was provided over a series of weekly 1 hour sessions for 2 months to address sitting posture.

As seen in the series of seated photos, MD made a significant improvement in maintaining a more neutral alignment both with and without seating support. Functionally, MD now sits independently for school work without time limitations secondary to physical endurance. The alignment improvement also brought a significant change in his eye gaze positioning, which has the potential to impact both social interaction and school work success. His seated alignment also positions him for a more optimal transition from sit to stand and he now moves from sitting to standing without using his UEs. Similar improvements are evident in the standing photos, with significant reduction in postural sway and improved immediate standing balance after rising from sitting. There were anecdotal reports by parents that MD displayed improved standing balance.

This case illustrates the possibilities for improved postural control and motor function in a child with CP using the Dynamic Core for Kids approach.