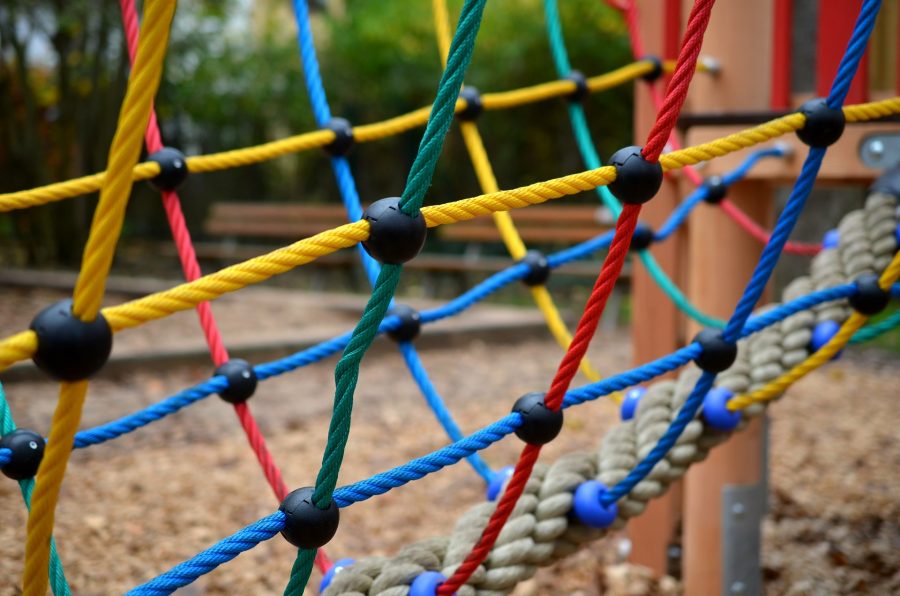 I have long been fascinated by the concept of synergies.  “As a biological phenomenon, a commonly accepted general definition of muscle synergy is simply a stable spatiotemporal pattern of activity across muscles simultaneously involved in the performance of a movement.”(McMorland AJ). In my PT education, I remember learning about synergies as a strategy the brain uses to decrease the degrees of freedom after a stroke/brain injury. But it wasn’t until I partnered with my friend, the brilliant Julie Wiebe PT, that we began to problem solve how we could leverage different types of synergies in the treatment of central stability for children with sensory and motor challenges.

There are, of course, lots of different synergies that occur in movement. When we talk about hip and ankle strategies as part of balance control, we are talking about synergies. Often when we talk about balance and recruitment patterns in our children with CP, we are talking about synergies. And as we have done clinically for decades, now some researchers are beginning to consider the impact of the synergistic activity of the upper extremities on postural control.

But I also consider a slightly different interpretation of this concept. I think of postural developmental reflexes (= primitive reflexes) as a different type of synergy and part of the early development of postural control. These movement patterns are predictable and stable across time. They decrease the degrees of freedom during very early movements and I believe they contribute to both a perceptual and physical sense of midline as they create rudimentary central stability. They also contribute to the sensorimotor wiring that supports the development of mature postural control.  We understand now that these reflexes are always present – they never disappear, they simply blend into mature postural control strategies (=”integration”) during typical development. However they do form the earliest stability patterns as babies explore their environment. These movement patterns help our earliest understanding about our relationship to upright (Moro), our relationship to gravity/ground (Tonic Labyrinthine), left vs. right (ATNR) and upper quarter to lower quarter (STNR). (For a fascinating read, I would suggest Attention, Balance and Coordination.) However, in our children with sensory and motor challenges, where muscle tone, alignment and central stability are often difficult from the moment they come to earth, postural reflexes seem to be a way to create continued stability in the face of challenging tasks, whether those tasks are sensorimotor or cognitive or both.  Earlier discussions of primitive reflexes were limited to their use for diagnosis.  In certain populations, the presence of primitive reflexes is enough for authors to support treating them, but surely we are at a point in our profession where children exhibiting motor skill difficulties should be assessed to determine a robust clinical hypothesis regarding WHY they are experiencing difficulty; mere association is not enough. More recent discussions are beginning to consider the nuanced influences of reflexes and their interaction with other systems.

Here again is the Shumway-Cook and Woollacott model of postural control that we talked about in the first post of this series.

It makes sense to think of postural developmental reflexes as being included under the NM synergies umbrella, contributing to the functions of tonal distribution as well as very early stability patterns. And it also makes sense to me to address them, not in isolation, but as part of the whole of postural control, using a systems theory paradigm as a guide.

Looking forward to talking about Reactive Mechanisms next month!