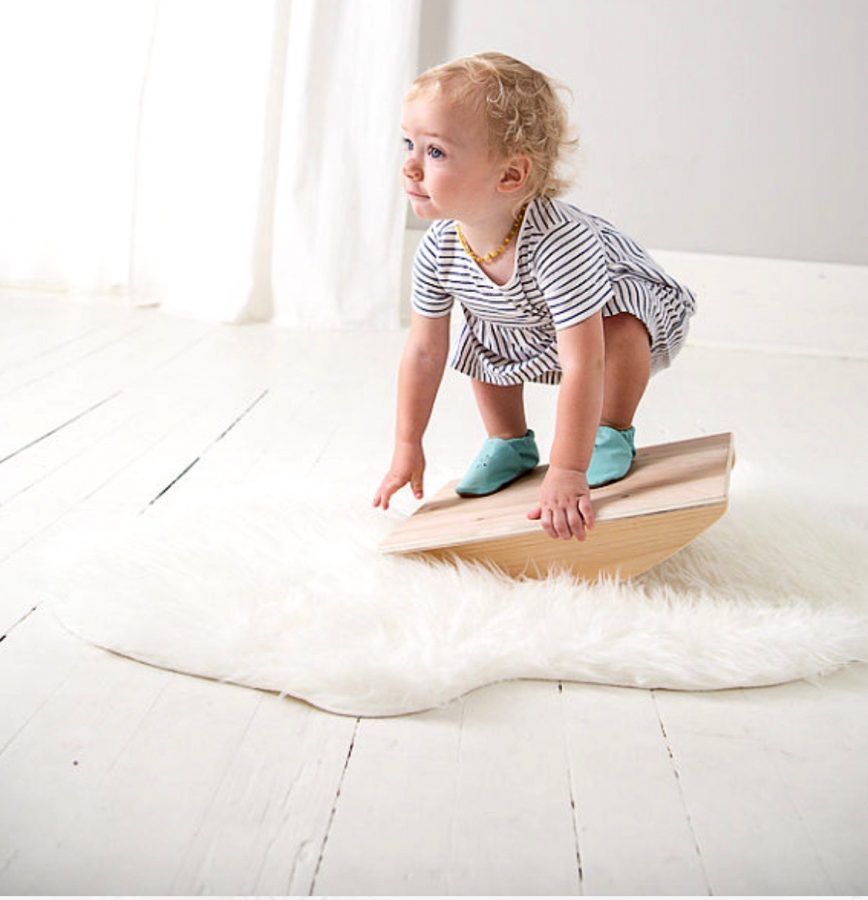 When I think about reactive mechanisms, I see them everywhere. During infant development righting, protective and equilibrium postural reactions occur in response to specific sensory input (visual, vestibular and proprioceptive). These reactions are somewhat stereotypical in nature, but they are more complex responses than primitive reflexes so they support more complex functional skills. Over time postural reactions mature – the brain builds them into reactive postural adjustments (RPAs). RPAs are those complex patterns of muscle activation that occur in response to a balance disturbance and help us to maintain our centre of mass within our base of support. This is part of the stability component in our definition of postural control.

In this video at 9 seconds, you can see this adorable little girl regain her balance through reactive postural adjustments. And then at the very end she shifts forward just a little too far and completely loses her balance.

Reactive postural adjustments develop in a regular, progressive fashion as we come upright against gravity; we develop reactive postural adjustments first in prone, then sitting, standing and finally walking. In neurotypical children there are periods when responses become more disorganized and patterns regress to immature co-contraction patterns for control. However, with practice, more flexible and adaptable RPAs emerge (Westcott 2004).

But what about children with sensory and motor challenges?

We have the most amount of information in children with CP. Research studying reactive postural control has placed the child in sitting or standing on a platform, moving that platform unexpectedly and recording the specifics of their responses. This information is then compared/contrasted with that of typical children. In general (this is not intended as a complete literature review), what researchers have discovered is that gross direction-specific postural adjustments are present but dysfunction occurs in very specific ways:

To summarize, children with CP tend to respond to balance challenges at the trunk and hips first, they respond with a lot of muscle activation on both sides of the body/joint, the muscles are late in responding and they don’t accurately respond to the amount of the balance challenge.

Standing reactive balance of children with Developmental Coordination Disorder has also been studied. Again, the research points to the fact that these children display direction-specific responses, but these responses are delayed. Children with DCD also appear to attend less to postural threats (Cheng 2018, Fong 2012).

I wonder if the direction-specificity of reactive control is somewhat preserved neurologically in all these populations because there is so much redundancy built in to this level of postural control? Reflexes, head/trunk righting, protective and equilibrium are all reactive, so when there is challenge, some degree of reactive control remains. Food for thought.

It’s worth noting that there are differences in sensory processing which impact reactive postural adjustments for other populations, as noted for children with ASD. We will be discussing this more later in this series.

When we talk about this topic clinically in Dynamic Core for Kids, it’s helpful to think of the first line of direction specific control being carried out by some of the outer core postural synergists common to analysis of functional movement. I find this is a great way to organize my thinking about central stability and reactive control. However, as we learned in school, recruitment depends on alignment (Woollacott 1998).

The final piece of the take-home message from the literature is that balance training in many forms improves reactive postural control for children with challenges (Shumway-Cook 2003, Westcott 2004, Woollacott 2005, Cheldavi 2013).

I’m hoping you are starting to see the interconnections between the components of postural control. Musculoskeletal components that can alter resistance to movement and impact alignment. Neuromuscular synergies that include primitive reflexes, which may serve as a basic level of stability in the face of challenge – could disruption of alignment be one of those challenges? And finally reactive mechanisms, many of which qualify as synergies.  I think it’s all very exciting!

Next month we’ll be talking about Anticipatory Mechanisms.