The Circle of Self-Regulation

Many years ago I had a lovely little client with low tone who was happy to come to PT and play. But each week, without fail, she would fall asleep after 20 minutes. Mom and I would comment on how hard she worked and I would send her home. The funny thing was, by the time Mom got out to the car, my client was bright-eyed and smiling again. It wasn’t until later that I realized I had assumed because she was low tone, that she was also low arousal. In fact, she was in what I like to call the “Twilight Zone” of self-regulation. The Twilight Zone is that area on the circle of self-regulation that occupies either side of shut down. When the child is in this zone, they appear tired and sleepy. But we actually don’t know if they are low arousal and needing more input or if they are in hyper-arousal and in need down regulation – it could be either one. And the only way to find out is to offer input and watch the response carefully. If more input causes them to shut down, then they were in hyper-arousal. And as I found out all those years ago, movement provides very powerful sensory input 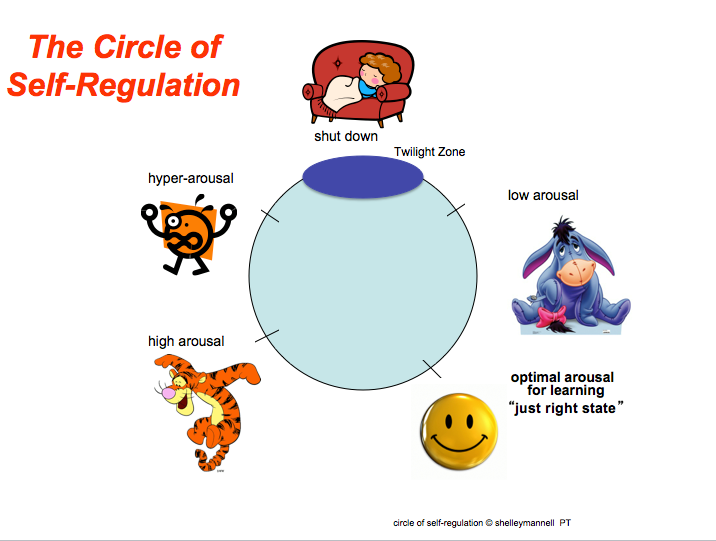 2 thoughts on “The Circle of Self-Regulation”